Brother Andreas van den Boer (1841-1917) was an extraordinary brother. His way of life has made a great impression on those who knew him. He was also called ‘the holy brother’. After his death Brother Andreas soon became known to many people as a real holy brother. 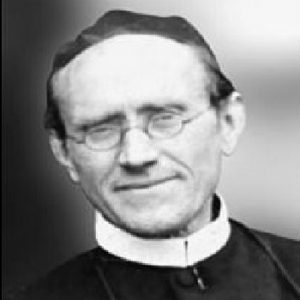 Who was Brother Andreas and what inspired him?

Brother Andreas was born as Jan van den Boer in Udenhout on 24 November 1841. He was the youngest of seven children in a peasant family in the Dutch province of Brabant. The parish priest and the head of school soon detected a vocation in Jan. The clever boy loved reading and studying, and was much more serious than most other children in the village. At the age of thirteen he went to the new teacher training college of the brothers in Tilburg and at his graduation in 1859 he opted for a life as a religious. In 1863 he made the profession for life.

What moved him to become a religious? It doesn’t seem difficult to answer this question. The life of a farmers’ son who decided to become a religious and to devote his life to religion, the Church and Catholic education, was a fairly common and acceptable way of life for that time. But why did Brother Andreas make such an impression? And specifically, what is it about Brother Andreas that is so encouraging and inspiring to people today?

Brother Andreas initially held a position in primary education, but soon he was entrusted with the care of the ‘Latinists’, a special training for boys who wanted to become priests. In the period 1871-1900 Brother Andreas supervised various classes as a teacher and director of this program. Working with young people aged 12-18 was easier for him than working with small children. His serious personality was better suited to boys who were aware of their vocation.

He was a loved teacher. That was something peculiar, because he didn’t really have much success in teaching. He missed natural authority and smoothness. However, he did have a personal vision on education and upbringing. He was averse to the normal teaching approach of his time and detested the beating of children or severely punishing them. He always opted for a mild and humane approach and entered into serious discussions with the boys. And he was a man who put into practice what mercy was all about, the mercy the congregation carried in her name, but which in the large and burgeoning educational system was not tangible for everyone.

Brother Andreas was also a special brother in other respects. He was rather meticulous in everything and never arrived late. He was also very strict in dealing with the religious rule of life; like no one else he knew how to follow even the least observance and give it meaning. That is how, for many brothers, he became a model of religious obedience and a living example of how to abide by the rules. But he was much more than that. He was also a warm community man who was sympathetic to his fellow-brothers and listened loyally to his superiors. He was joyful, friendly and uncomplicated in his contact with others. He never complained and never withdrew himself from any obligation. Thus he became a highly esteemed fellow brother.

‘Holy’ in spite of himself

School children called Brother Andreas ‘the holy brother’. That was not meant as a compliment. After all, Brother Andreas was not good at keeping order. The distinct features of Brother Andreas, such as his shyness, his absent-mindedness and almost obsessive striving  to respect the clock, were interpreted as an aspect of this proverbial holiness. Didn’t Brother Andreas always dwell in heavenly spheres? Wasn’t it a miracle that in spite of this he was nonetheless always right on time? For Brother Andreas, that was simply a matter of conscientious living, precision and service.

Also his fellow brothers started calling him the ‘holy brother’. At the chapter, the community superior Brother Frumentius van Hulten once said, when he explained the rule: “Look at Brother Andreas, that is a ‘holy brother’ who applies the rules perfectly”, but Brother Andreas felt it was a heavy burden that Superior Brother Frumentius set him as a model religious example to others. When his fellow brothers jokingly pointed out to him his much-discussed holiness, he did not want to hear anything of it. Probably he saw it as a form of blasphemy, for it did not do justice to the holiness of the great and merciful God, to Christ, and to so many saints and blessed ones who were truly holy. He tried to live even more quietly and inconspicuously. But to no avail: he was and remained the ‘holy brother’ for many.

When Brother Andreas was seventy years old and had health problems, he was transferred to a brother house in Tilburg. He suffered from inflammatory pains. When he almost completely lost control of his right hand, he said: “The merciful Lord always gives us a second chance. I can no longer write with my right hand, but I can write with the left, not with a pen any longer, but still with the pencil.”

After a few quiet years he died quite unexpectedly from pneumonia, on 3 August 1917. There are various testimonies about those final moments: miserable according to some, others say that they were marked by resignation and radiance. The man who had already been called ‘the holy brother’ in his life became, once deceased, even more holy: many turned out to have special memories of his holiness.

After his death Brother Andreas soon became a truly holy brother for a wider circle of people. Many called on him in their prayers. There were many special prayer hearings attributed to the intervention of Brother Andreas. Miracles happened. A devotion was born. His grave became a place of pilgrimage. The brother who was always so modest and withdrawn became a celebrity.

In 1924 the brothers established a Brother Andreas Office, which was given the task of recording the stories about Brother Andreas as well as the testimonies of the miracles. Nevertheless, it would take until after the Second World War before an official beatification process could begin. In 1947-1948, the many testimonies and miracles were studied and collected by a commission of ecclesiastical experts. This process was continued in the decades that followed. In 2008 the Church elevated Brother Andreas to ‘Venerable Servant of God’. Now we are waiting for a miracle that can be officially recognized before the Church can proceed to beatification. Meanwhile, every first Monday of the month there is an Andreas celebration at the tomb of Brother Andreas in the chapel of the Generalate in Tilburg.

One thing is for sure: Brother Andreas himself would not have needed that process of beatification. If he knew about it, a century after his death, he would probably feel as unhappy about it as he did when he had to listen to the nickname of ‘holy brother’, which in his eyes he did not deserve. In Brother Andreas we have no storming-of-heaven candidate saint, but a very simple man, a blessed man without pretensions other than to live purely from the gospel.

Brother Andreas’ singularity lies in the ordinary, in simplicity. Brother Andreas can be an example to teachers, aid workers and other workers of mercy, to whom he seems to say very gently: “What I could do as a simple brother, you can do as well, just do it”. Brother Andreas brought humanity into a world that was often severe and hard, he paid attention to the losers where others looked at the winners and those who perform best. With his helpful example he offered gentle encouragement to those fellow-brothers who had doubts.

A patron saint for ordinary people

When Brother Wim Verschuren was commemorating Brother Andreas’ centenary (August 2017), he said: “It would be nice if Brother Andreas were to be declared blessed, because then we would have a patron saint for all seemingly ordinary people, who are often not seen, but who are great in their dedication to people they encounter on their way.” 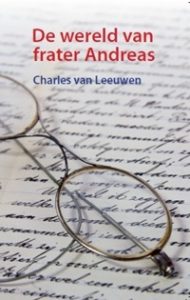 The world of Brother Andreas

De wereld van frater Andreas (The World of Brother Andreas) was published on the occasion of the centenary of the Venerable Brother Andreas (1841-1917). What was it like to be a brother in the nineteenth century? How did the Catholic boarding school Ruwenberg function and how did the pupils and teachers experience this? How did Brother Andreas and his contemporaries look at the radical changes in Church and society?

The reader meets simple peasants and distinguished business people, ambitious priests and fervent Catholics, shimmering statues of saints and courageous missionaries, idealistic world improvers and, above all, many impatient schoolchildren. The reader will be offered a glimpse through Brother Andreas’s glasses to see his world.

An English translation is being prepared.

Booklet about the life of Brother Andreas, seen through the eyes of his fellow-brothers. With texts of Maximino Arts, Tharcisio Horsten, Amatus Hosemans, Paschasius van Loon, Modestus Spierings, Victor Zwijsen.