In some overseas territories, the congregation had further expanded, but elsewhere the work was completed, for various reasons. 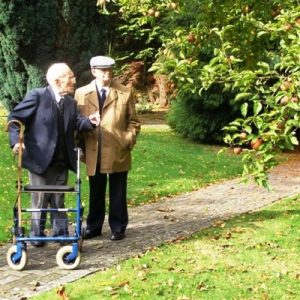 Aging and completion in the Netherlands and Belgium

The situation in the Netherlands and Belgium has changed dramatically since the 1970s. Only a few new brothers entered the congregation and many communities were closed. The schools which had been founded and run by the brothers in the Netherlands and Belgium were no longer under their management. But that doesn’t mean that the brothers have not been active: many are still engaged in management or administrative activities. Some are helping in the Movement of Mercy or at Kloosterhotel ZIN. In the Elim community the brothers organize all kind of activities. All of them are somehow involved in projects helping those in need.

In the past, the brothers were also present as missionaries in Curaçao, Surinam, Zaire (Congo), the United States, and Ireland. Today there are no more brothers in these countries, but their work, especially in the field of education, still continues. 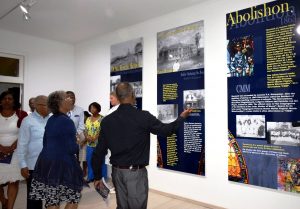 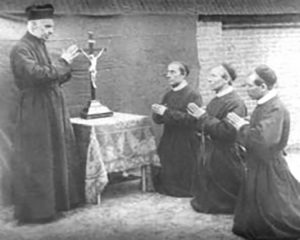 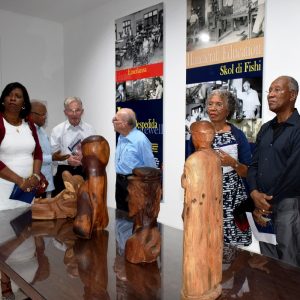 The first three missionaries of the Congregation of Fraters CMM were sent to Curaçao in 1886. The General Board wanted to set up a boarding school for children from well-to-do families: the congregation needed a source of income and wanted to start something similar to the prestigious Ruwenberg, in the overseas areas. This became St. Thomas College, which was partly focused on taking in wealthy children from Venezuela and surrounding countries, because the Dutch Antilles were too small for such a school.

The brothers who were sent there saw however a poor population with a high percentage of children who were unable to read and write. They remembered the schools Zwijsen had started for the poor and they started taking care of orphans on Santa Rosa and shortly thereafter on Scherpenheuvel. Of course, the General Board in Tilburg had to decide on these projects, but not quite so. The local brothers just did both, one official and the other unofficial. The rule of thumb was that for each wealthy child there should be at least one poor child receiving education.

In the 1970s and 1980s, when the congregation was declining in numbers and had moved its field of work to other countries as well, the number of brothers in Curaçao started to diminish. The educational projects they had started were taken over by people from the local population.

In 2016, the St. Thomas College Foundation, set up a permanent exhibition in Huize Scherpenheuvel, the place from where the brothers had been working, as a sign of appreciation for all the work the brothers had done for over a century, in the area of education, formation, culture and sport.

In December 1901, the then bishop of Paramaribo, Bishop Wulfingh, requested the superior general of the brothers, to send brothers to start an orphanage for boys. That request was well received. The superior wrote a letter to all the brothers in the Netherlands asking who would be interested in this mission. 90 Brothers responded and showed interest! That was about 10% of the total number of brothers. So from the beginning there was a lot of interest to work in Surinam.

The brothers have been in Surinam since 1902, until 2012. The emphasis of their work has always been on education, but in addition, the brothers also had a boarding school and a printing press, supporting the local church and numerous youth associations. Some other activities supported by the brothers were the Christophorus boarding school for children from the interior of Surinam, and the activities for the deaf in the Kennedy Foundation.

The last three brothers in Surinam were Laurenti Verhoeven, Johannes van Berkel and Lambertus Berkers who lived there until 2012. After their retirement, they did mainly voluntary work. After a solemn farewell meeting on February 19, 2012, they returned to the Netherlands. We trust that their work is now being continued by laypeople. 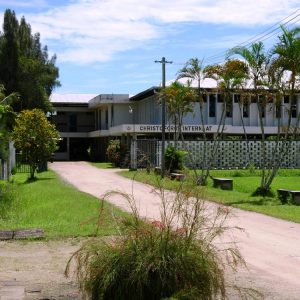 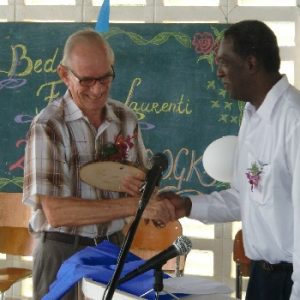 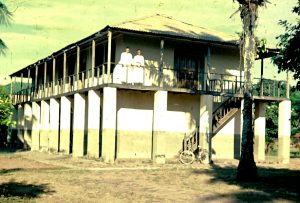 In 1958 the congregation sent missionaries to Congo. This choice was given by the missionary encyclical Fidei Donum (gift of faith) of Pope Pius XII from 1957. The Pope asked religious from richer countries to cooperate in the mission of the Church in poorer countries. The brothers heard this request and from 1958 till 1975 they have been active in French-speaking primary education and also started a secondary business school in Congo.

Due to the deteriorating relationship between Church and state, the ban on religious education, and the acquisition of the Catholic schools and boarding schools by the government, it was decided to close the communities of the brothers in Tshikapa and Kananga. On July 15, 1975 the brothers went back to the Netherlands and Belgium.

For nearly fifty years, the brothers also had houses in the United States; in Oxnard and Los Angeles. The communities there were established in 1963. The brothers in the US were especially active in education and pastoral work.

The California region had a thriving existence for a long time and counted about 15 brothers, but in the 1990s this number decreased mainly because older brothers moved back to the Netherlands. Four brothers were buried at the cemetery of Oxnard. In 2011, the last community in Los Angeles was closed, thereby suppressing the CMM region of California.

In Cork, Ireland, a study community was located where the brothers could prepare for the mission in the African countries. They perfected their English and obtained university degrees in education which were accepted in in Kenya and Namibia. 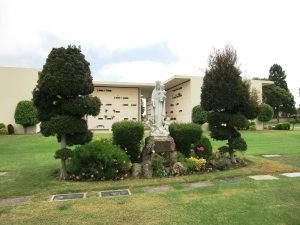