On May 28, 2022, in the Parish of the Sacred Hearts, Archdiocesan Sanctuary of Health and Peace, Church of Padre Eustáquio, Belo Horizonte-MG, the brothers CMM-Brazil region carried out the Renewal of the Religious Vows of Brother Faria Soares Mendonça Sarmento, CMM.

The celebration was presided by the Parish Priest Father Marcus Vinícius Maciel SSCC and concelebrated with his vicar Father Silvano SSCC. Some friends of the brothers and the parishioners were present at this celebration and it ended with a simple get-together in the parish community hall.

As usual, before the renewal, the junior brother undergoes a preparation. Thus, Brother Faria had his reflective preparation together with Brothers Dominikus and Albertus, conducted by Brother Henrique at the Vicente de Paulo Retreat House, in Igarapé-Minas Gerais. According to Brother Faria, during this preparation he was induced to reflect on the “call to live the Consecrated Life” and he was able to perceive that the Consecrated Life must be seen as a free response to a particular call of Christ, to follow Him. This call is, above all, a free invitation. In this way, the one who receives the invitation is free to accept it or not. It is important to say that this call to follow Jesus is not just an individual matter, but also a call to be part of a group that lives around Jesus and has Him as the basis of their way of living and being. Finally, he states that he understood that the call to Consecrated Life is a mystery of God, it is a gift of God and a way of life that is within the person and, therefore, he is called. And that is why, said Brother Faria, that I am here.

The celebration of renewal, this time, was differentiated, above all, for the brothers of this region due to the following reasons:

Celebration in the parish

In the years and in previous renovations, the celebrations for the renewal of Religious Vows were always held in the community of the brothers and sometimes in the Colégio Padre Eustáquio. When celebrating together with the community of parish, it shows a different meaning and can be interpreted as a sign from God, showing new directions in the face of challenging situations. As is well known, the region has recently undergone new transformations, especially with regard to the region’s main missions. Realistically, the region currently has the smallest number of brothers, in addition to the fact that most of them are foreigners, not having a native vocation at the moment. The reflection that remains is: what does God want to show us with this?

All brothers were in the cassock

As can be seen in the photographs, all the brothers were in cassock at this celebration. The brothers arrived in Brazil with cassock and it was used in the community, in the schools where they worked and other places. According to Brother Henrique, it was originally common to wear the white cassock at home, at school and elsewhere. The brothers in the Brazil region wore the cassock until approximately 1968, and shortly before that, it was already allowed outside the home to wear the gray suit and the “cleryman”.

Brother Henrique said in his homily during the celebration that the use of the cassock represents two meanings: “consecration to God and the sign of belonging to a particular religious family”. In his speech, he also highlighted the meaning of: the renewal of religious vows; the Consecrated Religious Life, and of being religious.

The meaning of vows, consecrated life, being religious

The renewal of religious vows is a commitment made in total freedom, solemnly assumed before God and the Church and represents consecration to God.

Living a Religious Life or Consecrated Religious Life means assuming a specific style of being a Christian that is directly inspired by the historical person of Jesus, following his example and living as He lived. The Son of God became incarnate and became a human person in total obedience to the Father, who wants everyone to be saved and have a full life. He was entirely free in relation to the goods of the world, fully assuming human reality with a poor life, with nothing of his own. He opted for a celibate life, moved by a single passion that unfolds in two movements: unconditional love for the Father and total dedication to his brothers, especially those most in need.

Consecrated Religious Life is primarily an invitation from God, therefore, it is not the human will (candidate), but the will of God and the candidate is free to say yes or no to such an invitation. By saying yes, he/she is called to “follow Christ closely”, to identify with Him. Finally, Consecrated Religious Life is not identified with the “ecclesial ministry”, the being a priest, but is a specific state that “imitates” the person of Jesus of Nazareth.

Being consecrated religious, normally goes through the following stages of formation: postulancy, novitiate, temporary vows, perpetual vows or definitive vows. Being a consecrated religious, like us CMM brothers, does not require a specific course in philosophy or theology, but a solid religious formation. A religious is never concretely “formed”, but is always “in formation”, on the way.

The basic project of consecrated life has the tripod: experience of God, since He is the Absolute in the life of the consecrated person; community life, where being and having are shared, a reality inspired by the life of the first Christian communities, described in the Acts of the Apostles; and availability for the mission or apostolate.

The first and most important apostolate of a religious is his own witness of life, characterized by coherence, which is expressed in simplicity, detachment from things, availability for service, constant life in prayer, intimacy with God, compassion for the most needy and vulnerable (mercy), without seeking social prestige, privileges or honors.

A true religious tries to maintain the right balance between approaching people and keeping a prudent distance. Thus, he will always be questioned in society and many consider his life choice something irrational or extravagant.

The religious knows, from his own experience, his vulnerability, his inconsistencies and his sinful state. Therefore, he always needs divine forgiveness and reconciliation with his brothers in the community and in social life in general. A religious is not born religious, but becomes over the years, with the indispensable grace of God and the generous collaboration of the person. 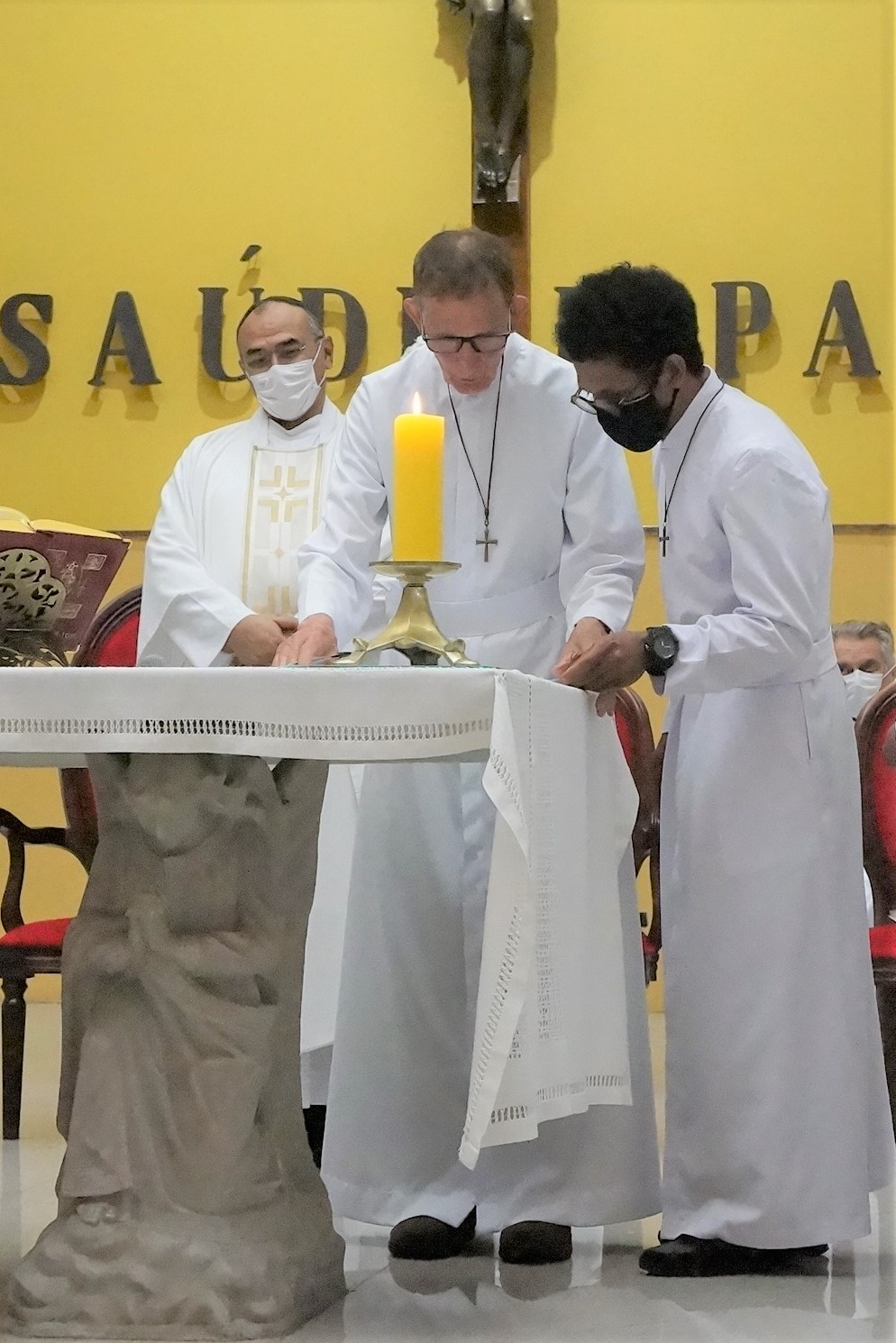 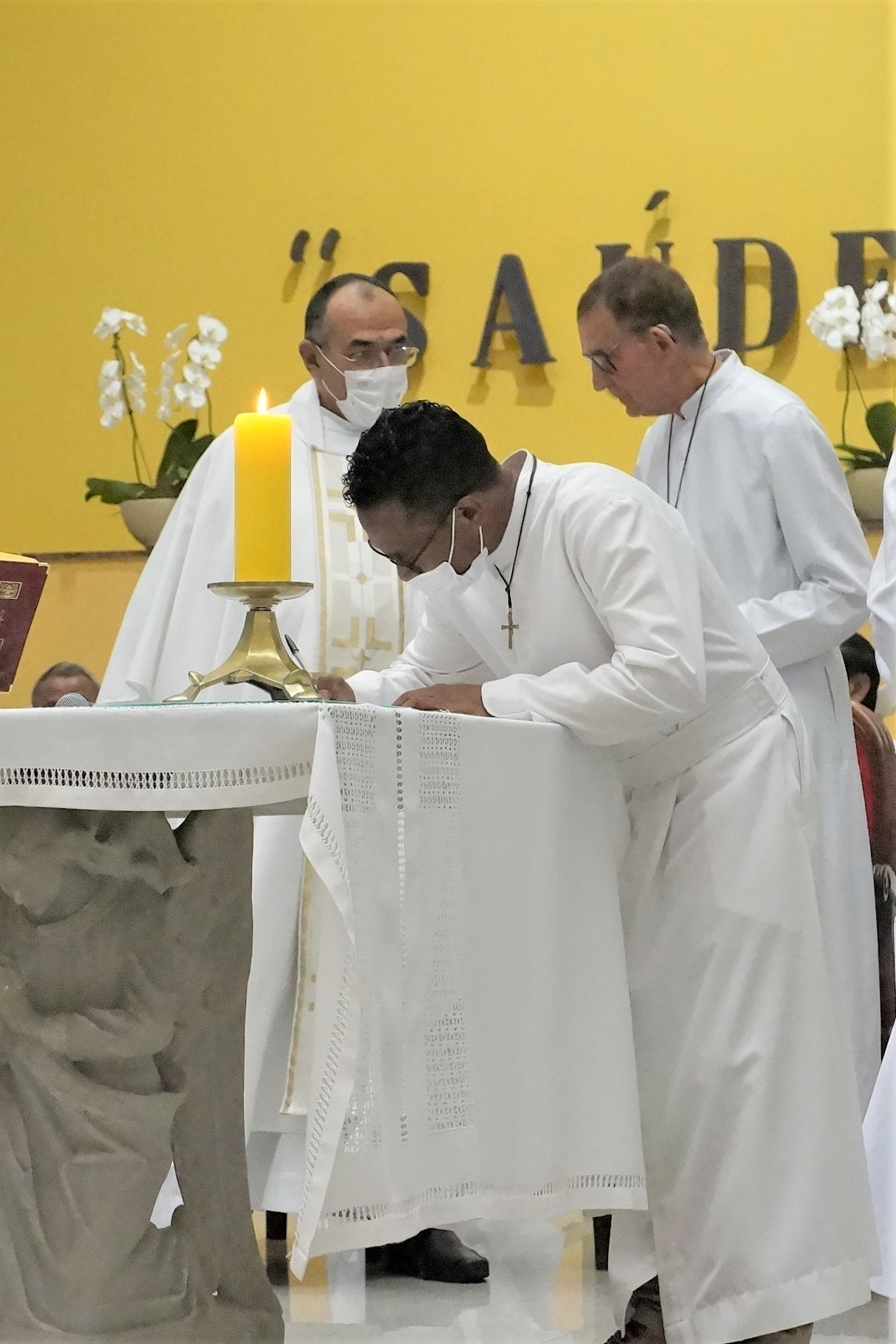 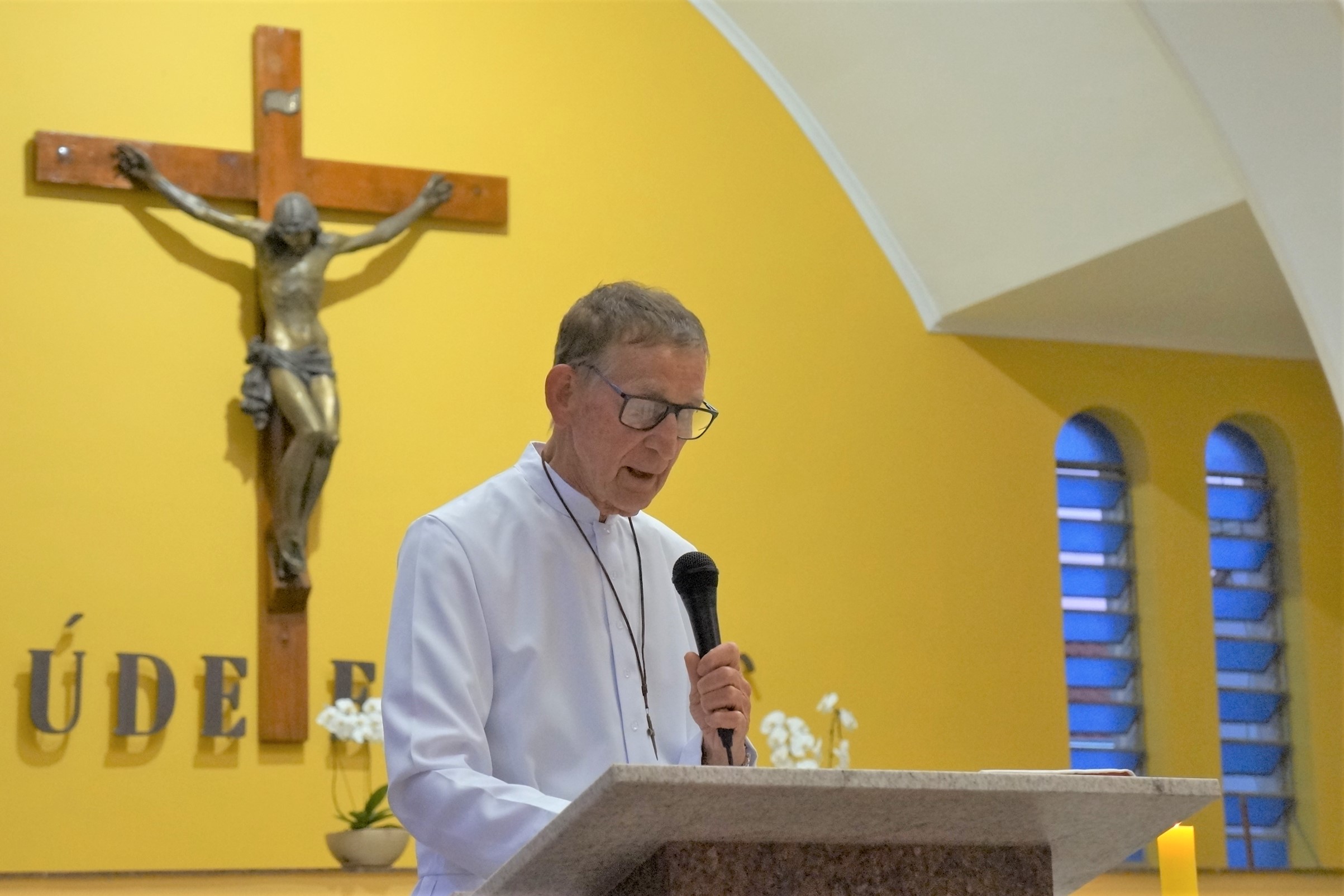 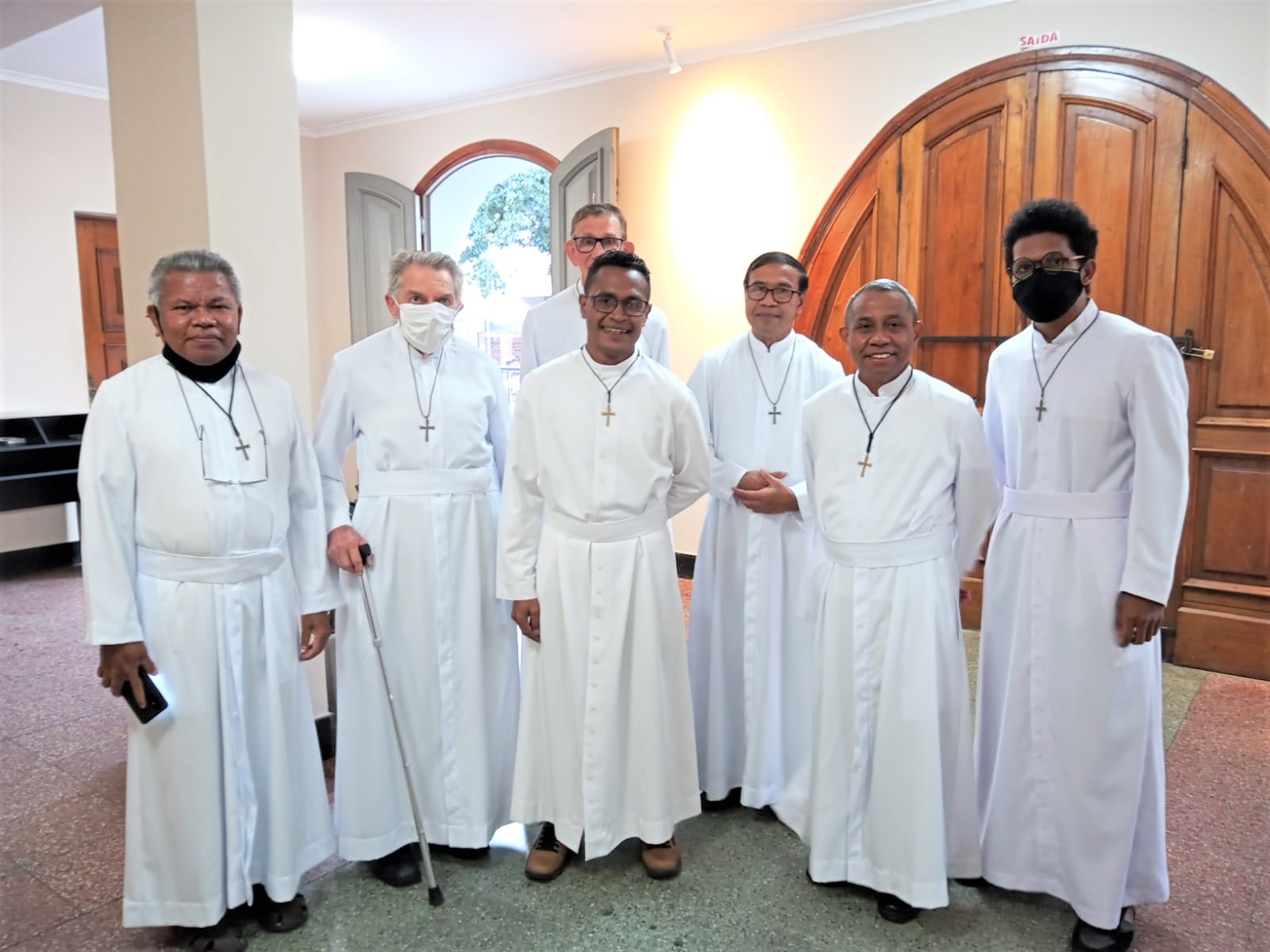 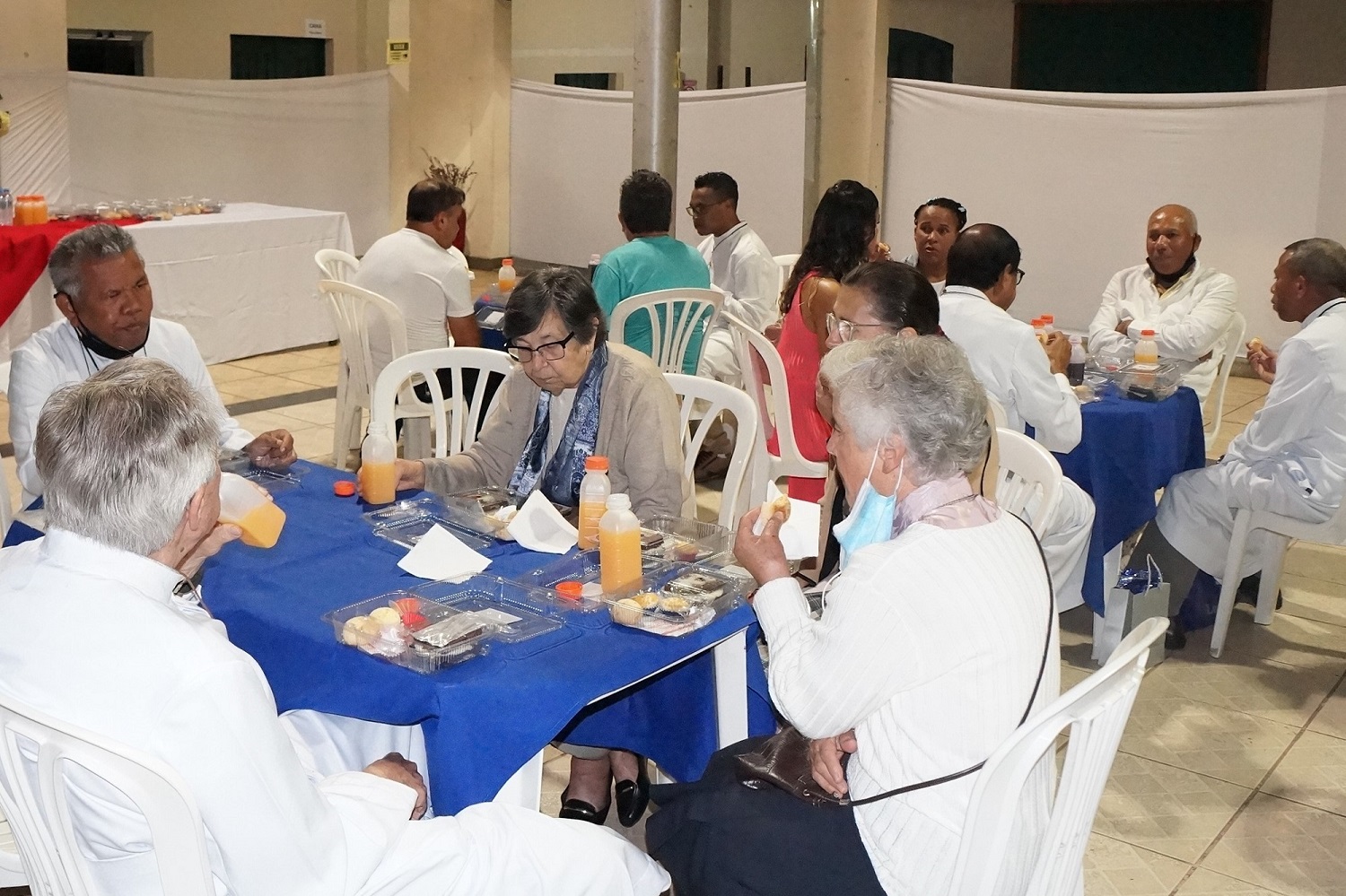