Brother Henrique (Church Historian) together with two of his colleagues, Father Cleto Caliman, SDB (Systematic Theologian) and Father Wolfgang Gruen, SDB (Exegete) were honoured by the Faculty of Philosophy and Theology of the Catholic University in Belo Horizonte, for their decades of dedication as lecturer at the Institute.

Bishop Joaquim Giovanni Mol, assistant bishop of the Archdiocese of Belo Horizonte and at the same time Rector of the Minas Catholic University referred to the three lecturers as “Servants of Knowlege” who are truly dedicated to their duties and responsibilities. All three are writers and researchers, and also excellent teachers. Their lessons are easily understood by students and what has been taught is difficult to forget again, affirmed the Rector of PUC Minas who was  a former student and later a fellow lecturer of the three lecturers. Even though all three have retired from the university where they teach, they still continue to share their knowledge with others through the articles and books they publish.

After the PUC Rector’s speech, the three former lecturers received certificates of appreciation for their dedication to the university. The moment ended with the planting of a tree ( Ipê Roso ) in the yard of the Catholic  University. At the foot of the tree a plate was placed with the names of the three lecturers who received the tributes.

The ceremony was attended by lecturers, staff and several representatives from students of the Faculty of Philosophy and Theology. Brother Lukas Betekeneng, Brother Damasus Dobat and Amália Kátia Ferreira Mendes, former Director of Colégio Padre Eustáquio were also present at the event. 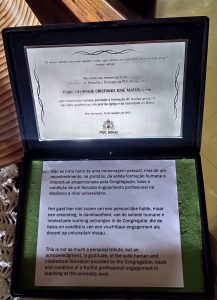 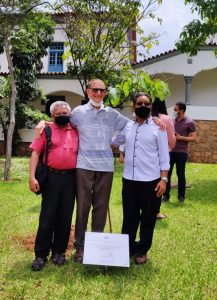 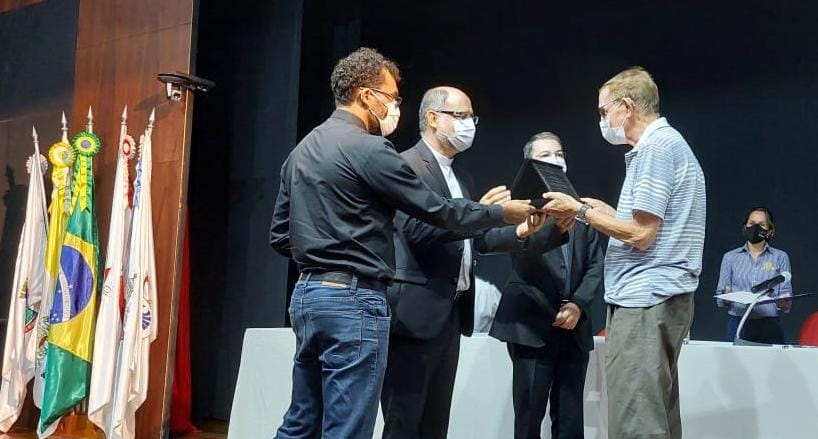