Rome, 1 December 2019 – From 25 November to 2 December, superior general Brother Lawrence Obiko was in Rome to attend the USG Assembly and a meeting of Tutti Fratelli in Rome. He shares some of his experiences:

On Friday 29th of November we concluded our USG Assembly with a Papal audience at the Paul VI Synod Hall in the Vatican. The main theme of the assembly was ‘Religious life in the 21st century’. The first day of the assembly the focus was on Laudato si’ (with a special focus on the recently concluded synod of the Amazons), and on the recently published apostolic letter issued motu proprio by Pope Francis on the protection of minors and vulnerable adults. The second day we focussed on the main theme: Religious life in the 21st century. There were some interesting presentations by Fr. Diarmuid O’Murchu MSC and 4 young religious who shared their experiences.

Friday, November 2nd was a special day. After attending Holy Mass at St. Monica chapel, close to St. Peter’s Basilica, we proceeded to Paul VI Synod hall for the Papal audience. Pope Francis spent time listening and responding to questions and reactions put before him. His reflection and responses were down to earth, inspiring and also sometimes very challenging.

After nearly two hours it was time to say goodbye and go for lunch. Even though he must have been tired, having listened and responded to many questions, the pope still had energy to shake hands with 150 superiors general as they left the hall. Of course some took advantage of this moment to express a personal word or present him with a gift. No doubt, Pope Francis has a special interest and respect for religious life, something that is very encouraging and deeply inspiring. 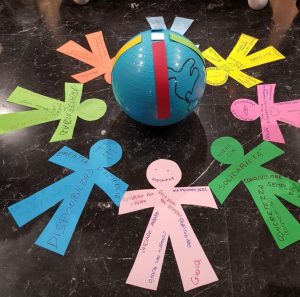 On Saturday afternoon I joined a meeting of Tutti Fratelli at the Brothers of De la Salle. About 60 brothers from different brother congregations participated. The theme of the meeting was ‘Brothers in the periphery’. The meeting included a presentation by four different congregations about their experience of working with and for people at the periphery.

On Sunday 1st of December we attended the Sunday midday Angelus with Pope Francis. Quite many people gathered in and around St. Peter’s square to listen to the Pope’s reflection; “Advent helps us find Jesus in the needs of others”, which he gave ahead of the traditional Marian prayer the Angelus. It was a good moment and opportunity for us to wind up our stay in Rome.