Dili, Timor Leste, December 28, 2020 – The Brothers in Timor Leste celebrated the profession for life of Brother Jose de Deus CMM on December 28, 2020. The Thanksgiving Mass began with a welcome ceremony by Brother Jose’s family. His Excellency the Archbishop of Dili, Mgr. Virgilo do Carmo da Silva, SDB was greeted at the gate of the church in Becora-Dili.

The Archbishop presided over the Eucharist, accompanied by as many as thirteen priests and a deacon. Mgr. Virgilo do Carmo da Silva expressed in his sermon that he is pleased that there are still young people who feel called to make a radical choice and commit themselves as brother (and not as priest) to a religious community. This choice is not always understood. The family of such a young brother sometimes only knows “priests” or “sisters”, and the family often asks when the brother will be ordained as a priest. That is the challenge that non-ordained religious brothers face. But we should be grateful for this particular calling. We need not only priests who can lead the Eucharist, but also people who serve the Church in a different way.

Brother Silvino Belo CMM, Regional Superior, was allowed to receive Brother Jose’s vows. Brother Cancio da Costa Gama CMM was his witness. In his speech, Brother Jose expressed his gratitude to the Congregation, especially the General Board that has accepted him as part of the CMM Brotherhood. Pastor Mariano Pr, a brother of Jose de Deus, said on behalf of the family that he was very grateful for the path their brother and son has already made within the Congregation. They knew him to be cherished, and saw that he was well guided and taught. They are happy with the result: that Brother Jose now courageously and confidently made his final vows. 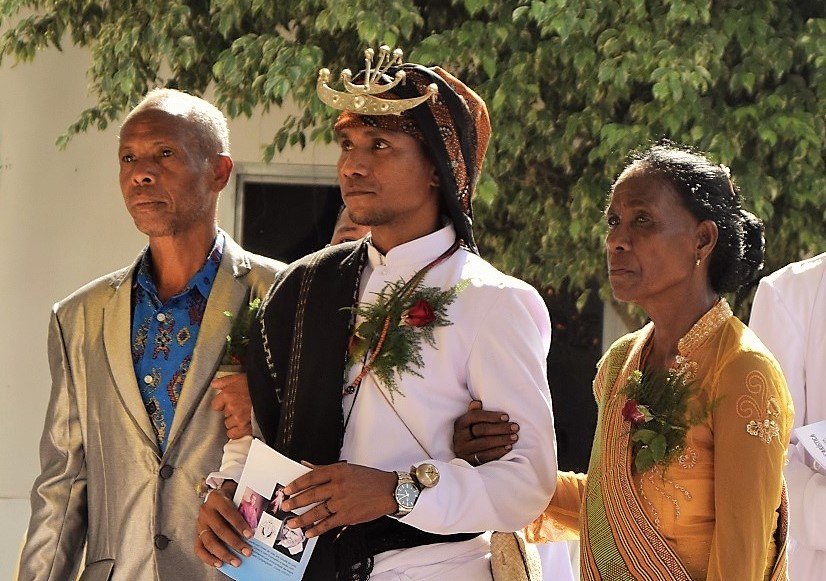