In Namibia, we also work with young people. They are often young people who are refugees from other countries, who no longer have a home and family. 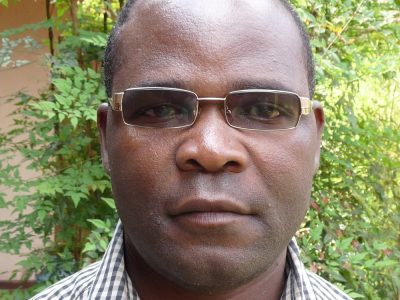 In Namibia we have two major groups for youth. One of them is called the Namibian Youth Encounter, which is a group for university and college students around Namibia. These students come from different African countries. We give them spiritual support. We meet them once a week, every Thursday. We also organize weekend retreats. In these weekend retreats we meet about fifty to seventy students. Here they can express some of their personal experiences. Some of them were living in a dark moment – although they are in university, they could not see any light, any longer. Especially the ladies who were abused, but also people who are on the run, or people who are being accused of something, and they need support.

Make time for those whom is given no time

It is in the moments they come to the weekend retreats, they come to themselves. Nobody has ever had time for them. This is one of the tasks of the CMM Brothers; to have contacts.
It is also our way of bringing them evangelization.

Another group is the Worldwide Brotherhood. This is an international youth project, found by the Brothers CMM. We try to give these young people some spiritual nourishment, through catechesis, and trough life witness among the youth. Especially in Namibia, where they are coming from ‘the outside’, being born in exile. Now they come to themselves; twenty years ago they were in exile. And now, most of them have no time to express what injustice has been done.

Some of them don’t know where their parents or their relatives are. Some of them who are becoming brothers, they come from a single family. Some of them, they don’t have friends. Their parents were lost in the war. They don’t know whether they are still alive, or have been caught, and where?
With us they get the opportunity to have a personal encounter: with individual brothers, and with other young people like themselves. That’s what we are doing.