"When I work with people and want to guide or teach them, I have to know who they are and what they are capable of, have a keen eye for their weaknesses and their capabilities. Therefore, let us be close to our people.” 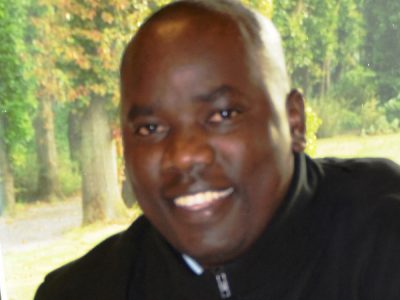 Mercy and brotherhood are two key concepts in the charism of the Brothers CMM. Beautiful words. But what happens in the reality of the everyday life of the brothers? That’s what is highlighted in this feature ‘See my people’ (cf. Matthew 9:35-38).

Brother Elijah Agilo is an impressive figure. Tall, muscular and distinguished. He looks more like a bodyguard of one or another famous personality, than as a merciful brother. Yet, the last is precisely what he is and what he wants to be.

Brother Elijah works as a teacher at St. Vincent de Paul Boys Primary School in Mosocho, Kenya. In his relationship with his pupils he is stern yet fair, but at the same time he tries to be close to them. On account of the fact that he is so tall, he sometimes has to bend his knees in order to hear what his pupils are saying. Fortunately he is not too proud to kneel down before them. At the time of a meeting with his fellow brothers from all over the world in Vught, the Netherlands, in October 2016, he spoke about his role as teacher and leader. To illustrate his story he had taken along a small carved statue. In the conference hall he showed it to his fellow brothers and said: “This little carving I
received from one of my students at school. Can you tell something about the shape and the texture?” A couple of brothers attempted to answer his question. Elijah held it up and continued: “From where you are sitting you really cannot see it, can you? May I invite one of you to describe this stone in greater detail? That’s only possible when you come up close.” He handed the little statue to one of the brothers, who only then from up-close saw the refined craftwork the pupil had made. He expressed his admiration.

“Exactly, as a teacher and leader we have to get close to our people. When I work with people and want to guide or teach them, I have to know who they are and what they are capable of, have a keen eye for their weaknesses and their capabilities. Therefore, let us be close to our people.”