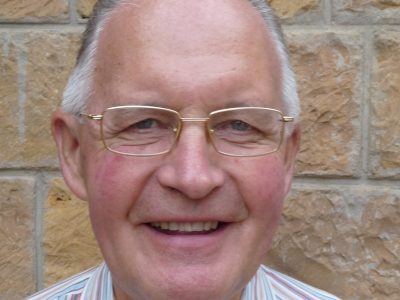 Our Founder Bishop Zwijsen has given me a new home through the charism that he had received from God: the charism of Mercy and Brotherhood. In 1959, on 29 August, when I entered the novitiate, I started my way of mercy and brotherhood.

Ten years later, in March 1969, I received another gift from God through my contact with the Focolare Movement. 1969 was a special year for all humanity, when astronauts landed on the moon. That same year I landed on another moon, a new home: universal brotherhood. I have discovered in the Focolare Movement a new light that made my vocation as a brother more clear.

In the past 60 years I have tried to follow in Jesus’ footsteps by caring for others as a merciful brother: in forming young people to become brothers, in caring for people who are suffering from Aids, and in helping fellow brothers to live in harmony with God and with each other.

On my remembrance card for the profession of life, I had put a sentence that still helps me to be a merciful brother. It was a saying of Cardinal Newman who was declared a saint on the 13 October 2019. It was this prayer: “Lord, take me as I am, and make me as you want me to be”.

I pray that prayer still every day after I receive Jesus in the Eucharist. He is more and more my home and I am happy with the motto of our Jubilee Year, which says: “Do what Jesus did: to serve and enlighten, to speak a redeeming word, to be a helping hand.”